Cholesterol is a wax-like steroid substance that plays a beneficial role in our bodies. It is a major component of cellular membranes, serves as a precursor to the development of sex hormones, mineral corticoids – which control the balance of water and minerals in the kidneys, corticoids – which control protein and carbohydrate metabolism and is a precursor to vitamin D. Cholesterol also helps with the production of bile acids which emulsify fats and absorption.

The pharmaceutical industry has been very successful in promoting cholesterol reduction with statin drugs – as essentially the MOST important strategy for reducing cardiovascular disease. However – although statin drugs have saved lives, statin drugs may cause serious side – effects and lowering LDL-C is only part of an effective program to reduce cardiovascular disease.
BP-RX can safely and effectively promote healthy cholesterol levels – without any of the side-effects associated with pharmaceutical drugs. 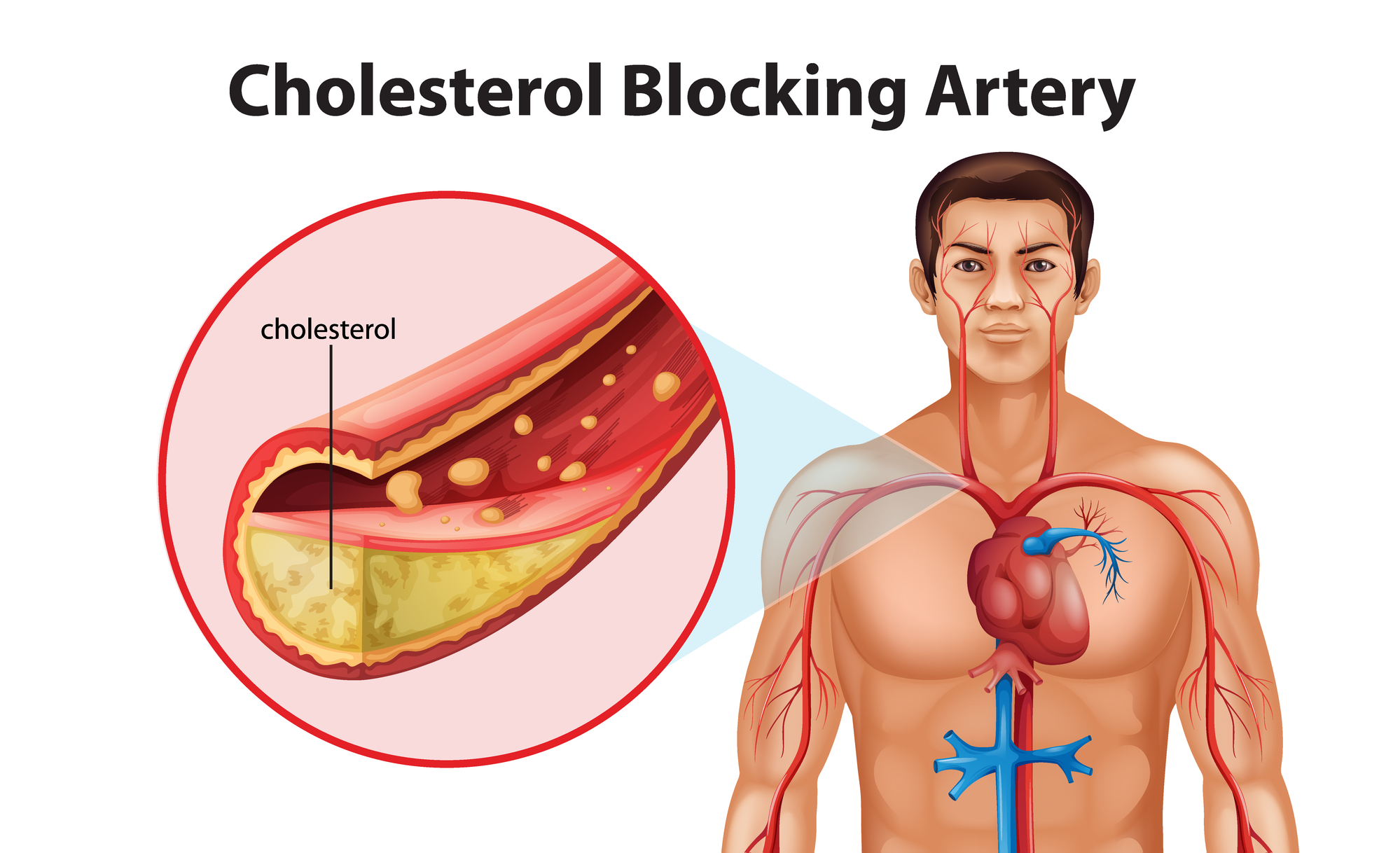 Illustration showing the process of ateriosclerosis

An analysis of the coronary heart disease (CHD) rates from 1980-2000 by mathematical modeling, highlighted the need to look at multiple risk factors for heart disease. In this study, cholesterol reduction accounted for only 34% of the reduction in death rates. This same model showed that reductions in systolic blood pressure (the top number), was responsible for a 53% reduction and smoking cessation accounted for 13%.

In the Copenhagen Heart Study which tracked 12,000 people for 21 years – high cholesterol was the sixth most relevant factor for developing CHD: diabetes, high blood pressure, smoking, physical inactivity and no daily alcohol (moderate alcohol consumption may be beneficial) – presented larger risks for CHD than cholesterol.

A report published in the New England Journal of Medicine regarding the Nurse’s Health Study, involving over 120,000 nurses since 1976, found the following.  Eighty – two percent of coronary events in the study could be linked to these 5 factors: smoking, excessive alcohol intake, lack of moderate to vigorous exercise (½ hour a day), excess weight (over 24 BMI) and eating a high glycemic diet (high in sugar). High cholesterol was not mentioned.

There are two primary types of cholesterol – LDL-C and HDL-C. Because of the relationship between high blood levels of LDL-C and the risk of heart disease, LDL-C is commonly referred to as the “bad cholesterol”. Cholesterol carried in the HDL particle is called the “good cholesterol” – which refers to the protective effect HDL-C can have on cardiovascular disease.

The initial association of LDL-C and cardiovascular disease (CVD) was developed from the detection of cholesterol deposits in atherosclerotic lesions (precursor to arterial plaque) – during the progression of atherosclerosis (hardening of the arteries).

Subsequent research has confirmed the role of LDL-C in CVD – especially oxidized LDL. Oxidized LDL-C (ox-LDL) are LDL particles that contain oxidized fatty acids as a result of free radical activity. Research shows that ox-LDL is an initiator of endothelial damage. This finding provides a clearer picture on the harm LDL-C plays in heart disease.

Though a larger number of LDL-C particles does not directly endanger endothelial cells, it does mean that there are more LDL particles available to become oxidized – which then becomes more likely to damage the endothelium.

Each ingredient found in the BP-RX formula contain powerful antioxidants, which work individually and synergistically to maximize arterial health. Both Jiaogulan gypenosides and Grape Seed extract have been clinically validated to lower LDL-C while slightly raising HDL-C.

HDL-C initiates and is primarily responsible for this process. Jiaogulan gypenosides and Arjuna bark have been shown to slightly increase HDL–C.

In addition to monitoring your blood pressure and cholesterol – it is also important to know your triglyceride (TG) number. Having high TG’s can increase your risk of heart disease and Type 2 diabetes.

Triglycerides are a type of fat (lipid) found in your blood. When you eat, your body converts any calories it doesn’t use right away into TG’s. TG’s are stored in your fat cells. Later, hormones release TG’s for energy between meals. If you eat more calories than your body uses – your TG levels go up and you start gaining weight. 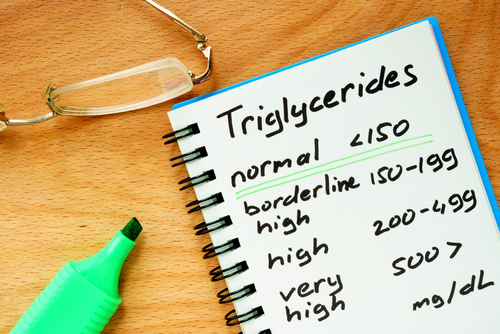 Having high TG’s makes you more likely to develop Type 2 diabetes. High TG’s don’t cause diabetes – however – high TG’s indicate that your system for turning food into energy is not working properly. A common cause of high TG’s is insulin resistance (a pre-diabetes condition). Insulin resistance is when your cells won’t let insulin or glucose into your cells.

As a result, both glucose and insulin build – up in your blood and your TG number goes up. The Jiaogulan gypenosides found in BP-RX have been clinically validated to lower TG’s. Researchers believe this happens because instead of excess calories being stored as TG’s in the liver and then converted to fat – excess calories are sent to muscles to be used as energy. Jiaogulan gypenosides have also been scientifically validated to lower insulin resistance.

Additional causes of high TG’s include:

Atherosclerosis
We use cookies to ensure that we give you the best experience on our website. If you continue to use this site we will assume that you are happy with it.OkRead more
Scroll to top